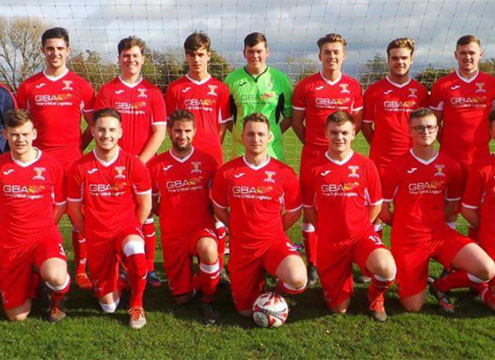 The First Team are looking to make it 2 wins in a row for the first time this season tomorrow when they take on FC Bolton at Carr Lane.

After there impressive 4-1 victory last week against Walmer Bridge, Brian Hall and his men face another tricky tie against the Bolton side, who in their last game came away with a credible draw against table toppers Hoole United.
FC Bolton currently sit in 5th place just 1 point above Corinthians with 3 wins, 1 Draw and 2 losses from their 6 games so far this season.

Brian Hall will be hoping that his squad can put in another commanding display. A win could see the reds jump up to 3rd place in the table, dependent on other results.

Corinthians will be hoping that Connor Jamieson can continue his goalscoring streak after his hat-trick last weekend. Connor along with Nathan Rigby top the team goal scoring chart with 4 goals each. Hopefully they will both be able to add to their tally and fire Corinthians to another 3 points….

Kick off at Carr Lane is 2pm.